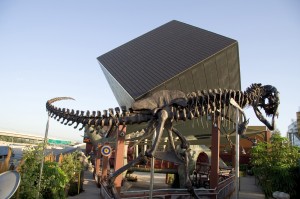 WALKING WITH DINOSAURS – The Arena Spectacular, based on the award-winning BBC Television Series, will make eight performances at the Honda Center in Anaheim, September 1-5, 2010. END_OF_DOCUMENT_TOKEN_TO_BE_REPLACED