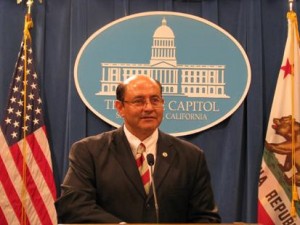 “I am very proud to be part of this legislative effort that makes it unlawful again for violent felons to posses any body-armor, such as bullet proof vests and gear,” said Senator Lou Correa. “This new law is a step forward in public safety. It helps to better protect the lives of our law enforcement agents and the public in general.” END_OF_DOCUMENT_TOKEN_TO_BE_REPLACED