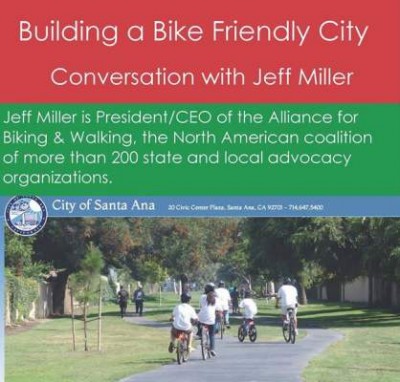 The conversation will center on making Santa Ana a more bike friendly city. They will also talk about the prospects of Santa Ana having a community biking event on a major street on a Sunday – “A Santa Ana Ciclovia.” END_OF_DOCUMENT_TOKEN_TO_BE_REPLACED