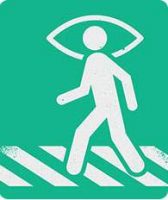 SANTA ANA, Calif. (September 2, 2016) –  In answer to rapidly increasing numbers of pedestrians being killed and injured on California roadways, the California State Senate has passed a resolution declaring September as “California Pedestrian Safety Month.”  The Orange County Sheriff’s Department will be joining with other law enforcement agencies, city and state transportation agencies, pedestrian advocates and walking clubs to promote public awareness aimed at both drivers and pedestrians alike to always be aware of each other and share the road responsibly.

This first-ever specially designated month draws attention to the 813 pedestrians killed on California roadways in 2015 alone, accounting for nearly 25 percent of all roadways deaths in the state, up from 17 percent just ten years earlier.

“Pedestrians are the most vulnerable of roadway users,” said Deputy R. Oates. “All of us, drivers and walkers alike, need to take care, watch for others, and share the road safely with everyone.”

Both drivers and walkers are cautioned to put down the cell phones, since electronic distractions are seen in increasing numbers of pedestrian crashes.  Other factors for drivers include high speed and failure to see and yield to pedestrians in crosswalks and intersections.  For pedestrians, the major dangers are jaywalking and thinking that they can be seen at night, especially while wearing dark clothing.

In addition to local efforts, the California Office of Traffic Safety is kicking off a new campaign, “Pedestrians Don’t Have Armor,” which highlights the importance of pedestrian safety awareness, regardless of whether one is on foot or behind the wheel.   Caltrans has kicked off its new California State Bicycle and Pedestrian Plan aimed at improving safety and access for everyone across all modes, particularly bicycle and pedestrian.  The CHP is emphasizing safe walking through its international award winning California Pedestrian and Bicyclist Safety Enforcement and Education Project.

« Package thief caught by a security camera in Santa Ana’s Metro Classic Neighborhood
There was a shooting involving an assault rifle, on West Willits, this morning »