The SAPD arrested a woman this morning on suspicion of making terrorist threats toward a security guard outside the Social Security Administration office, according to the O.C. Register.

The SAPD received calls about the woman’s actions this morning and responded at about 9:15 a.m. to the Social Security Administration branch that is located on the fifth floor of 1851 E. 1st St.

The suspect, whose name was not revealed by the SAPD, appears to have walked up to the fifth floor before she started berating the security officer, who was by himself. 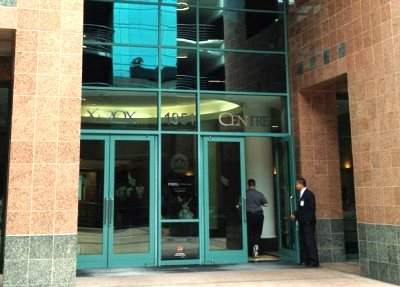 The entrance to the Social Security office building in Santa Ana. Picture Courtesy of Yelp

Then she escalated the situation by threatening to take the security officer’s gun and shoot everyone in the building.

The woman kept acting aggressively towards the unfortunate security guard and federal employees before SAPD officers showed up and arrested her.

The suspect turned out to be on parole for assault with a deadly weapon and she was charged today on suspicion of making terrorist threats before she was whisked off to the Santa Ana city jail.

There were no injuries reported in this incident.

This incident happened just north of the 5 Freeway, just south of the State Compensation Insurance Fund building, in Santa Ana’s Ward 1, which is represented by Mayor Pro Tem Vince Sarmiento. 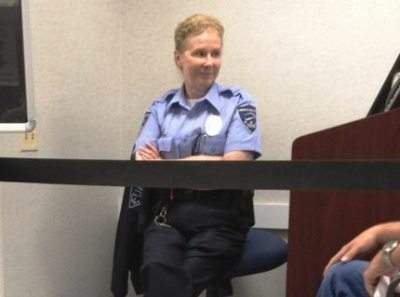 The security guard at the Social Security office in Santa Ana. Picture Courtesy of Yelp

The Yelp community has had a few unpleasant things to say about the Social Security Administration office in Santa Ana, including their security guard, including these excerpts from their Yelp page: