Outdoor watering cut to one day a week for 6M So. Cal. residents 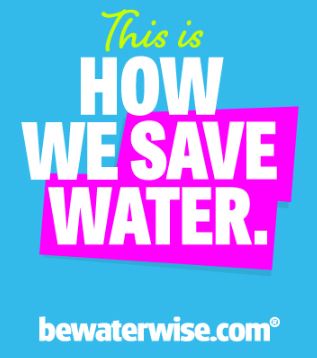 One-third of Southern Californians face new restrictions limiting outdoor watering to one day a week under an unprecedented action taken by the Metropolitan Water District to dramatically reduce water use in communities most affected by the state’s historic drought.

The restrictions, unanimously adopted by Metropolitan’s Board of Directors during a special meeting on Tuesday, apply to dozens of cities and communities in Los Angeles, Ventura and San Bernardino counties – home to about 6 million Southern Californians.

While much of Southern California benefits from diverse water supplies, these communities depend on water from Northern California, via the State Water Project, and have limited or no access to water from the Colorado River or local resources. With deliveries from the State Water Project severely reduced over the last three years because of drought, these communities face water shortages this year.

Metropolitan General Manager Adel Hagekhalil cautioned that if enough water isn’t conserved in the coming months, or if supply conditions worsen, all outdoor watering could be banned in these communities as early as September.

“The reality is, this drought has left us without the water supply we need to meet normal demands in these areas. To make sure we have enough water for their basic human health and safety needs, everyone in these communities must immediately and dramatically reduce their water use,” Hagekhalil said.

Metropolitan’s board declared a Water Shortage Emergency for the SWP-dependent areas and executed an Emergency Water Conservation Program requiring member agencies dependent on SWP deliveries to immediately cut water use by implementing one-day-a-week watering restrictions, or the equivalent, by June 1.

“Metropolitan has never before employed this type of restriction on outdoor water use. But we are facing unprecedented reductions in our Northern California supplies, and we have to respond with unprecedented measures. We’re adapting to climate change in real time,” Hagekhalil said.

As Southern California’s regional water importer and wholesaler, Metropolitan will not directly impose the restrictions on consumers, but rather require its member agencies that are receiving SWP supplies to enforce the watering limits. Specifics on which day of week watering will be allowed and enforcement protocols will be determined by each member agency. However, Metropolitan’s action allows for the hand watering of trees to maintain the natural urban canopy.

Water agencies in the SWP-dependent areas also could select an alternative path that sets volumetric limits on the amount of water used. Agencies that don’t enforce the one-day-a-week watering restrictions or exceed their volumetric limits would face financial penalties from Metropolitan.

“We’re doing everything we can to alleviate the immediate crisis and make investments to avoid this from happening again. But now we need the public’s help,” Metropolitan Chairwoman Gloria D. Gray said. “We can get through this by working together.”

The SWP on average supplies 30 percent of the water used in Southern California. However, three consecutive years of severe dry conditions have resulted in the lowest deliveries ever from this critical supply over the past three years.

Metropolitan declared a drought emergency for the SWP-dependent areas in November 2021. Since then, conditions have only deteriorated. California just endured the driest January, February and March – typically when the state receives about half of its precipitation – in recorded history.

Metropolitan has been working in partnership with its member agencies since last year to provide communities dependent on state water with new access to Colorado River water or other supplies. The agency continues to explore additional engineering and infrastructure improvements to improve the resiliency and flexibility of the region’s water-delivery system. Metropolitan is also investing in drought-proof, climate change-resilient water supplies, such as recycled water.

While the emergency is particularly acute in SWP-dependent communities, all Southern Californians have been called on to conserve by 20-30 percent under Gov. Gavin Newsom’s executive order issued last month.

No street sweeping in Santa Ana today due to the rain