O.C. personal trainer gets life in prison for executing a man and a woman he thought was his ex 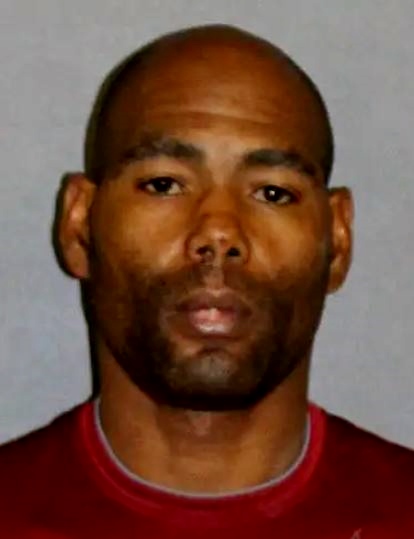 SANTA ANA, Calif. – A Huntington Beach personal trainer was sentenced today to two consecutive life sentences without the possibility of parole plus 54 years to life for executing a man he suspected of having a romantic relationship with his former girlfriend and shooting and killing a woman who resembled his ex-girlfriend inside the man’s Newport Beach condo on April 20, 2019.

It took jurors just hours to convict Jamon Rayon Buggs, 47, of Huntington Beach, last month of two counts of first-degree murder with a special circumstance of multiple murders, one count of possession of a firearm by a felon, one count of attempted first-degree burglary, and a sentencing enhancement of personal discharge of firearm causing death.

Buggs also had a prior strike for an assault on a police officer.

Family members of the two murder victims, Darren Partch and Wendi Sue Miller (pictured above), applauded as Buggs was led out of the courtroom.

“The judge ruled that the defendant was treated fairly at every stage of the proceeding, from charging to conviction to the sentence of life without the possibility of parole for executing two innocent people in cold blood,” said Orange County District Attorney Spitzer. “Darren and Wendi were killed for absolutely no reason. The monster who shot them in the head did not care about their lives or the lives that were shattered into a million pieces the second he pulled the trigger. Even after he killed Darren and Wendi he tried to keep carrying out his plan to kill everyone one his list. Life without the possibility of parole is what we asked for and thankfully the judge agreed and refused to show a coldblooded killer mercy. He will die in prison. Justice was served.”

Miller’s daughter Cambria described how the loss of her mother devastated her life and the life of her brother, leaving them without a loving mother to attend their recitals, graduations, and weddings. Darren Partch’s mother had a statement read on her behalf that described the love between her and her son and the catastrophic effect her son’s death has had on her emotional and physical health. She talked about a loving son who called her daily and the lunch and dinner dates that they will no longer be able to share.

Partch, 38, of Newport Beach, and Miller, 48, of Costa Mesa were found shot to death inside a residence in the 2100 block of East 15th Street in Newport Beach in the early morning hours of April 21, 2019.

Partch had been previously threatened by Buggs on two prior occasions to stay away from his girlfriend. Partch said did not have a relationship with the woman but nevertheless agreed to stay away from her. There is no evidence that Miller, who had given Partch a ride home after meeting him a few hours prior, had any interaction with Buggs prior to the murders.

In the weeks leading up to the murders, Buggs was conducting computer searches to find information on Partch, including his cell phone number, current and former addresses, and photographs. Cell phone data also placed Buggs at Partch’s former and current residences numerous times, including the night Partch and Miller were murdered.

Eighteen hours after the murderers, Buggs attempted to break-in to the Irvine apartment he wrongly believed belonged to a chiropractor he suspected was also having a relationship with his ex-girlfriend. A woman in her living room spotted him and as Buggs climbed down from the balcony he fired a shot from the gun he was carrying. Police recovered the bullet and set up a surveillance of the Irvine complex. The next night Buggs, who matched the burglary suspect’s description, drove up in his Camaro.

Buggs was arrested following a high-speed pursuit and a multi-hour search through a residential neighborhood. A gun was located during the search that was later matched through ballistics to the murders of Partch and Miller and the shooting in Irvine. DNA matched Buggs to the weapons and bullets.

The defense argued this was a case of mistaken identity because Buggs’ ex-girlfriend had blonde wavy hair like Wendi Miller and the murders were committed in a dark room in the middle of the night, making it difficult for Buggs to distinguish if the woman he was shooting was his ex-girlfriend.