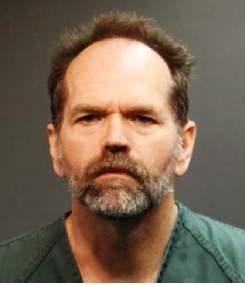 SANTA ANA – A Newport Beach elementary school teacher is scheduled to be arraigned Monday for animal abuse after hoarding and improperly housing over 400 snakes. William Frederick Buchman, 53, Santa Ana, is charged with one felony count of animal abuse by a caretaker. If convicted, Buchman faces a maximum sentence of three years in state prison. He is out of custody on his own recognizance and is expected to be arraigned Monday, March 17, 2014, at 8:30 a.m. in Department C-55, Central Justice Center, Santa Ana.

At approximately 6:45 a.m. on Jan. 29, 2014, Santa Ana Police Department (SAPD) Animal Services Section responded to complaints made by several neighbors around the residence concerning a foul smell coming from the house.

Buchman is accused of hoarding over 400 ball pythons inside his home and failing to properly care for them. He is accused of neglecting care for the snakes which led to the deaths of 240 pythons, which were at various stages of decomposition.

Buchman is accused of improperly caring for 182 snakes, which were still alive but malnourished, dehydrated, and covered with mites and/or maggots. He is s also accused of having hundreds of live and dead mice as food for the snakes.

Following the SAPD recovery of the 182 living pythons, 20 died shortly after being impounded, and the 162 remaining pythons were treated and released to rescue groups throughout Southern California.