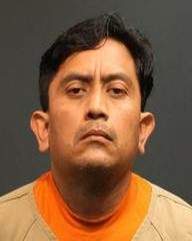 The victim testified to the following in trial:

In February 2004, Garcia was introduced to the victim while he lived with the victim and her mother.

In June 2004, Garcia groomed then 15-year-old Jane Doe by buying her gifts and taking her side when the victim and her mother argued.

Between June and August of 2004, the defendant touched Jane Doe’s buttocks and kissed her on the mouth. Garcia sexually assaulted Jane Doe on three separate occasions and forcibly raped the victim at least once in the residence where they all lived together.

In August 2004, a mutual domestic violence incident between Jane Doe’s mother and Garcia was reported to the Santa Ana Police Department (SAPD), but a case could not be proven at that time. Shortly thereafter, Garcia kidnapped Jane Doe. The defendant took her to a house in Compton and held her against her will. The defendant subsequently gave Jane Doe paperwork with a false identity.

Between August 2004 and April 2014, Garcia controlled Jane Doe by telling her that her family did not want her and was not looking for her. The defendant threatened the victim that if she called the police to report him, she would get in trouble for using a false identity. Over the years, Garcia kept a close eye on the victim, securing a job for Jane Doe where he worked, and not letting her out of his sight.

In 2010, Garcia got Jane Doe pregnant. The victim had the child, who is currently in the custody of Jane Doe.

In April 2014, Jane Doe contacted her sister on Facebook. After meeting with her mother and sister, she identified herself to the Bell Gardens Police Department, who in turn contacted SAPD on May 18, 2014. SAPD investigated this case.