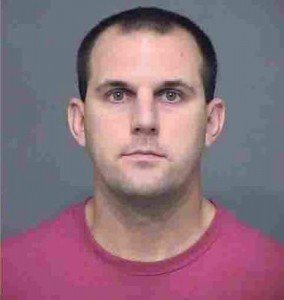 SANTA ANA, Calif. – A Los Angeles Police Department (LAPD) officer is scheduled to face trial tomorrow on charges of attempting to commit a lewd act with a 12-year-old girl and indecent exposure to five female victims in Huntington Beach. Ryan Eric Galliher, 33, Huntington Beach, is charged with one felony count of attempted lewd act upon a child under 14 years old, one felony count of contacting a minor with the intent to commit a lewd act, six misdemeanor counts of indecent exposure, and one misdemeanor count of engaging in lewd conduct. If convicted, he faces a maximum sentence of four years in state prison and mandatory lifetime sex offender registration. Opening statements are scheduled to begin tomorrow, Nov. 17, 2015, at 9:00 a.m. in Department C-29, Central Justice Center, Santa Ana.

On April 18, 2014, Galliher is accused of approaching 80-year-old Jane Doe 2 who was walking in the area of Bolsa Chica Street and exposing his penis to her.

On June 17, 2014, Galliher is accused of approaching 43-year-old Jane Doe 3 who was walking in the Bolsa Chica wetlands area. The defendant is accused of standing naked wearing only tennis shoes and exposing himself to the victim.