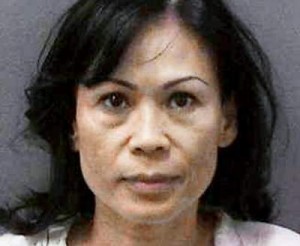 WOMAN FACES TRIAL FOR TORTURING MAN, WITH WHOM SHE HAD A ROMANTIC RELATIONSHIP, BY CUTTING OFF HIS PENIS AFTER TYING HIM TO BED

SANTA ANA – A woman faces trial tomorrow for torturing a man, with whom she had a romantic relationship, by cutting off his penis after tying him to his bed following an argument. Catherine Kieu, 50, Garden Grove, is charged with one felony count of torture, one felony count of aggravated mayhem, and a sentencing enhancement for the personal use of a knife. If convicted, she faces a maximum sentence of life in state prison with the possibility of parole. Opening statements are expected to begin tomorrow, Wednesday, April 17, 2013, at 9:30 a.m. in Department C-30, Central Justice Center, Santa Ana.

On the night of July 11, 2011, Kieu is accused of engaging John Doe in an argument over the possibility of a friend staying with them at their home at a later date. The defendant is accused of then preparing dinner for the victim and lacing it with Ambien without the victim’s knowledge.

After attacking the victim, Kieu is accused of contacting 911 and reporting that John Doe was bleeding. John Doe then spoke to police dispatch and reported that his penis had been cut off by the defendant.