Notice: Undefined variable: remote_version in /home/newsantaana/public_html/wp-content/themes/ifeaturepro5/functions.php on line 417
 New Santa Ana | Driver to be charged for not helping woman who fell from his truck and died
Santa Ana's top news & views blog 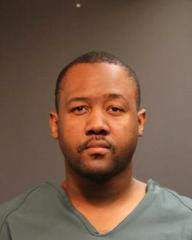 SANTA ANA – A truck driver will be arraigned tomorrow on charges of failing to stop and render aid or call the police after a woman fell to her death from his moving vehicle on the freeway. Jaqwun Laerin Turner, 33, Hawthorne, is charged with one felony count of hit and run causing death and faces a maximum sentence of four years in state prison if convicted. He is out of custody on $50,000 bail and is expected to be arraigned tomorrow, Wednesday, Feb. 26, 2014, at 8:30 a.m. in Department C-57, Central Justice Center, Santa Ana.

On Dec. 8, 2013, Turner is accused of meeting 51-year-old Martha Rodenzo at a gas station and offering her a ride.

At approximately 2:15 a.m. on Dec. 8, 2013, Turner is accused of driving a semi-truck northbound on Interstate 5 with Rodenzo in the passenger seat. As they approached the California State Route 22 interchange in Santa Ana, the victim opened her door and fell from the moving vehicle, landing in the gore point between the two freeways. Rodenzo died as a result of the injuries she sustained in the fall.

This case was investigated by the Santa Ana Police Department and the California Highway Patrol.