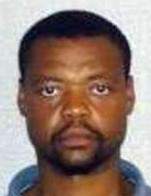 On Monday, Dec. 11, 2017, at approximately 4:55 a.m., the Costa Mesa Police Department (CMPD) responded to the 3300 block of Nevada Avenue regarding a man looking into and tampering with vehicles.

A neighbor told the suspect, Trinity Crummie, 37, Santa Ana, to leave. Crummie then pulled a knife out of an arm sheath.

Officers arrived and found Crummie hiding in the bushes. He was wearing shin guards on both forearms. Sheathed in the guards were several fixed blade kitchen knives.

Crummie was taken into custody without incident and arrested for brandishing a knife, prowling, a parole warrant, and failure to register as a sex registrant.