A violent O.C. felon stole a fire truck while working on a state firefighting crew 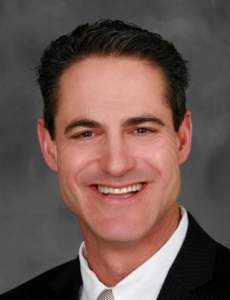 SANTA ANA, Calif. – Orange County District Attorney Todd Spitzer issued a statement slamming the California Department of Corrections and Rehabilitation (CDCR) for allowing felons convicted of violent felonies to be assigned to minimum-security inmate firefighting crews, an assignment that allows them to shave off as much as 60 percent of their sentence and have their crimes immediately erased from their record upon release from prison.

On July 4, an inmate firefighter went off-roading in a stolen Cal Fire fire engine after escaping from his assignment battling a brush fire in El Dorado County. He was serving a 10-year prison sentence for a carjacking spree in Orange County, including stealing an Orange County Sheriff’s patrol car. The 31-year-old inmate attempted to carjack another vehicle after the stolen fire engine became stuck in a ditch on Sunday.

Cameron Zoltan Horvath, 31, was sentenced to 10 years in state prison in 2015 after being convicted of six felonies, a misdemeanor, and a felony enhancement for carjacking an elderly victim in Orange County. He also had a prior “strike” conviction for a 2014 attempted carjacking. Horvath admitted stealing a vehicle from a residential complex, getting in an accident, and subsequently carjacking the elderly driver of the other vehicle. He led the Orange County Sheriff’s Department and the California Highway Patrol on a pursuit in the stolen vehicle. After the pursuit, Horvath stole a Sheriff’s patrol vehicle and drove a short distance before being arrested.  Horvath was taken to a hospital, where he fought with deputies, attempted to steal one of the deputies’ firearm, and battered a nurse by grabbing her.

On July 4, 2021, Horvath was assigned to an inmate fire crew battling a brush fire ignited by illegal fireworks when he is accused of stealing a fire engine and driving through nearby businesses, crashing through chain link fences and damaging other vehicles and property before the fire engine became stuck in a ditch. Horvath is then accused of attempting to carjack another vehicle before being captured. Much of the July 4 event was captured on surveillance video.

Orange County District Attorney Todd Spitzer slammed the lack of screening of convicted felons by the California Department of Corrections and Rehabilitation (CDCR) to allow inmates convicted of violent felonies like Horvath to serve on the minimum-security inmate fire crews, putting public safety at risk. Currently, only arsonists, registered sex offenders, prisoners with a history of escape with force or violence, and those serving life sentences are prohibited from being assigned to Fire Camp.

Those minimal restrictions allow convicted felons sent to state prison for violent felonies including carjacking, armed robbery, weapons/firearms offenses and even attempted murder to serve on inmate firefighting crews while serving time in state prison. Inmate firefighters also receive increased “good time” credits from the CDCR, resulting in most inmates only serving about 1/3 of their sentence. Violent felons assigned to fire crews serve only about 40% of their sentence as a result of the CDCR’s increased good time credits.

The District Attorney’s Office does not have a say in which inmates are assigned to inmate fire crews; that decision-making authority rests entirely with the California Department of Corrections and Rehabilitation.

“Violent felons are sent to state prison because they have committed such heinous crimes they must be taken out of our communities,” said Orange County District Attorney Todd Spitzer. “It is unconscionable that the very entity responsible for housing dangerous felons continues to allow these same violent felons back into our communities and expect them to miraculously be less dangerous because they are dressed in firefighting gear instead of a prison uniform. It doesn’t work that way. This is nothing more than a thinly veiled attempt to shorten the sentences of dangerous criminals and get them out of prison and back on the streets as quickly as possible. Our communities – and our victims – deserve better.”

This incident is just the latest involving violent felons assigned to CDCR inmate fire crews attempting to escape from the minimum-security fire crews.

In 2005, inmate firefighter Marlon Ruff walked away from the Eel River Conservation Camp in Humboldt County. Ruff was serving a prison sentence for beating and robbing an armored vehicle guard. While on the run, Ruff shot and killed San Francisco Police Officer Bryan Tuvera and then killed himself.

In 2010, Jeffory Lynn Shook led law enforcement officers on a chase across four counties before SWAT teams captured him in a trailer park in rural Siskiyou County with Aryan Brotherhood gang members he had met in prison.

When Shook escaped from Fire Camp, he had already been shot and wounded by police twice in previous high-speed pursuits, including one in Orange County and had tried to run over a detective in Placer County.

Former Placer County Sheriff Ed Bonner called Shook “one of the most violent and dangerous suspects we’ve encountered in a long time.”

Under a law that went into effect on January 1, inmates who participate in Fire Camp are allowed to immediately have their convicted expunged when they are released from prison. This allows inmates to hide their convictions as if they never happened, including concealing a child abuse conviction when applying for a daycare center license or concealing an elder abuse conviction when applying to work in an assisted living facility. Most serious and violent crimes, including attempted murder, carjacking, mayhem, robbery and weapons and firearms offenses, are eligible for expungement in exchange for participating in Fire Camp.

“By pretending these crimes never happened, we are pretending victims were never victimized and that past behavior is not a predictor of future behavior,” said District Attorney Spitzer. “We cannot release violent felons back into target-rich environments with only the hope that they learned their lesson and they won’t reoffend. Hope only goes so far.”