162 in the L.A. area, including Santa Ana, were arrested by ICE this week 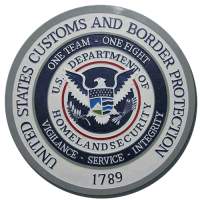 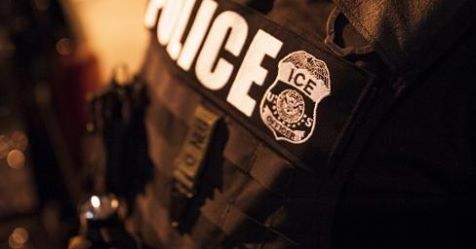 A Mexican national convicted of rape and a citizen of El Salvador convicted of Voluntary Manslaughter are among the 162 aliens taken into custody earlier this week during a three-day enforcement operation conducted by U.S. Immigration and Customs Enforcement (ICE) targeting at-large criminal aliens, illegal re-entrants and immigration fugitives, and aliens released back in to the community after detainers filed by ICE with local law enforcement officials were ignored.

This operation targeted public safety threats, such as convicted criminal aliens and gang members, and individuals who have violated the immigration laws of the United States – including those who re-entered the country after being deported and immigration fugitives ordered deported by federal immigration judges.

Of those arrested in Los Angeles and surrounding areas from Sunday through Tuesday, almost 90 percent had criminal convictions. In 53 of the cases, ICE had filed detainers with local law enforcement officials notifying them of the agency’s intent to assume custody of these aliens once they were no longer subject to local detention.

“At-large criminal alien arrests are among the most dangerous types of enforcement actions ICE officers are engaged in daily basis,” said David Marin, Field Office Director for ICE Enforcement and Removal Operations (ERO) Los Angeles. “Thanks to their remarkable efforts, there are 143 fewer criminals on the streets. We will continue to dedicate more resources to conduct at-large arrests to ensure the safety of the law-abiding citizens of our Southland communities.”

Among those arrested during the operation are:

Five of the individuals arrested during the enforcement action have been accepted for federal prosecution for re-entry after deportation, a felony punishable by up to 20 years in prison. Those not being criminally prosecuted will be processed for removal from the country. Individuals who have outstanding orders of deportation, or who returned to the United States illegally after being deported, are subject to immediate removal from the country.

The enforcement actions were conducted in accordance with routine, daily target operations carried out by ICE Fugitive Operations Teams with the intent to arrest criminal aliens and other individuals who are in violation of our nation’s immigration laws. The arrests took place in Los Angeles County (80) Orange County (25) San Bernardino County (15) Riverside County (12) Santa Barbara (22) and Ventura County (8)

ICE continues to focus its enforcement resources on individuals who pose a threat to national security, public safety and border security. ICE conducts targeted immigration enforcement in compliance with federal law and agency policy. However, as ICE Director Thomas Homan has made clear, ICE does not exempt classes or categories of removable aliens from potential enforcement. All of those in violation of the immigration laws may be subject to immigration arrest, detention, and if found removable by final order, removal from the United States.

* Detainers are ICE’s request to a local law enforcement agency to notify ICE when an alien in custody will be released.

2 thoughts on “162 in the L.A. area, including Santa Ana, were arrested by ICE this week”