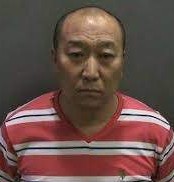 NEWPORT BEACH – Additional charges have been filed against a San Clemente massage therapist for inappropriately touching four other women. Ping Li, 51, San Clemente, was charged today with six misdemeanor counts of sexual battery against six victims. Li was initially charged with four counts of sexual battery. The four additional victims came forward after seeing media coverage about this case. If convicted, Li faces a maximum sentence of three years in jail and a $12,000 fine. At his arraignment on Nov. 3, 2014, Li was ordered by the court to no longer work as a massage therapist and to not enter any massage parlor during business hours. The defendant is out of custody on $100,000 bail. He is scheduled for pre-trial Jan. 12, 2015, at 8:30 a.m. in Department H-7, Harbor Justice Center, Newport Beach. END_OF_DOCUMENT_TOKEN_TO_BE_REPLACED