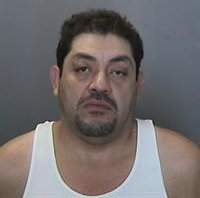 On July 14, 2014 at 8:09 PM, Anaheim Police, the California Highway Patrol, and Anaheim Fire & Rescue were called to investigate a possible shooting westbound the 91 freeway east of the 57 freeway. When emergency service personnel arrived, they found four (4) people in a white Ford F-150 in the gore point of the westbound 91 freeway at the 57 freeway interchange. Two of the people in the Ford were found to have suffered injuries consistent with a gunshot. Agustin Villegas, 32, of Anaheim was the front passenger in the Ford and was pronounced deceased at the scene.

The driver of the Ford, a 42 year-old male, was taken to a local hospital and is expected to survive. In the backseat of the Ford were two males, 13 and 15 years-old. These young men were uninjured and were taken to the Anaheim Police Department for interviews. END_OF_DOCUMENT_TOKEN_TO_BE_REPLACED