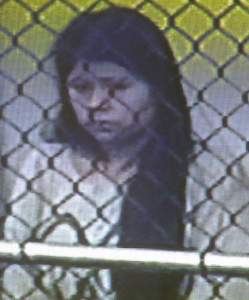 Vanesa Tapia Zavala, 25, of Santa Ana was charged with one felony count of murder this afternoon for her role in the death of 23-year-old Kim Pham in Santa Ana in the early morning hours of Jan. 19, 2014. You can watch a video of today’s court proceedings at this link, courtesy of CBS News.

Zavala faces a maximum sentence of 15 years to life in state prison if convicted. The OCDA requested that Zavala be held on $1 million bail at her arraignment this afternoon.  The OCDA also advised that the investigation is ongoing and additional information will not be released at this time. END_OF_DOCUMENT_TOKEN_TO_BE_REPLACED

Victim was taken of life support and pronounced dead today at 12:36 this afternoon, according to the SAPD.

The attack on a woman who was beaten into unconsciousness outside a popular  Santa Ana nightspot may have been sparked when the 23-year-old accidentally  walked in front of a camera as a group of nightclub patrons posed for a photo, a  friend said Tuesday, according to the Los Angeles Times.

A friend, who declined to be identified because police are still investigating  the case, said three women and two men got into a heated argument with Pham  after she accidently walked into one of their photos. A cellphone, believed to  belong to one of the suspects, was recovered from the scene, the friend said. END_OF_DOCUMENT_TOKEN_TO_BE_REPLACED

A Santa Ana woman was arrested Monday in connection with a weekend assault that left a 23-year-old woman critically hurt and unconscious on the sidewalk outside a crowded Santa Ana nightspot, according to the O.C. Register.

The victim, Kim Pham, is brain dead, according to the OC Weekly.  They also reported that her sister posted this message on her Facebook page: END_OF_DOCUMENT_TOKEN_TO_BE_REPLACED