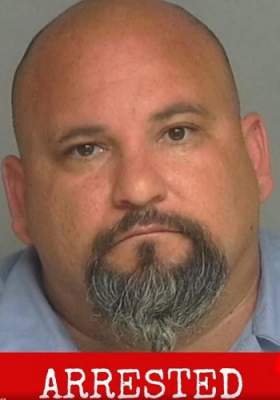 SANTA ANA, Calif. – A Santa Ana man has been charged with lighting illegal fireworks and causing a Fourth of July explosion that left a 4-year-old with a burned cornea and an 8-year-old with second-degree burns and a burned cornea. Several other children and adults suffered burns to their faces and scalps as a result of the explosion.

He faces a maximum sentence of life in prison if convicted on all counts.

Lopez is currently being held at the Theo Lacy Facility on $1 million bail.

Just after 11 p.m. on July 4, 2021, Garden Grove police were called to Rosita Place and San Juan Place in Garden Grove to respond to a large explosion that injured several people, including young children, watching fireworks. Several people, including several children, were rushed to the hospital to be treated for their injuries, including two brothers, 4 –years-old and 8-years-old, who both suffered burns to their corneas. The 8-year-old also suffered second-degree burns around his eye.

The explosion caused significant damage to several nearby cars and shattered windows. A man, later identified as Lopez, is accused of igniting the fireworks and threatening a witness to force him to delete photos of the damages caused by the explosion.

Lopez was arrested by Garden Grove police on Thursday, July 8, 2021.

“The injuries suffered by these innocent children were completely preventable,” said Orange County District Attorney Todd Spitzer said. “Every year, law enforcement and fire officials warn the public about the dangers of illegal fireworks – and every year people suffer injuries they should never have suffered if they had listened to our warnings. This time it is very young children who were forced to suffer the very real and very painful effects of illegal fireworks. And children should never have to suffer as a result of the irresponsible acts of an adult.”