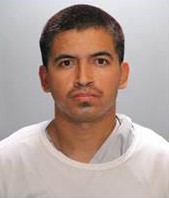 Farias was employed as a phlebotomist at a medical laboratory in Aliso Viejo when the assaults occurred.

On August 29, an 18-year-old female reported she was assaulted in a sexual manner by Farias while giving blood. She contacted the Sheriff’s Department to report the incident.

On Tuesday, September 20, a 30-year-old woman reported she was assaulted in the same manner by Farias while giving blood at the laboratory.

Due to Farias’ access to patients who came for blood draws, investigators believe there may be additional victims and are asking the for the public’s help. He was booked into Orange County Jail on September 21.

Anyone with information regarding possible additional victims or with information they believe may assist in this investigation is asked to contact the Orange County Sheriff’s Department at (714) 647-7419, or submit an anonymous tip to OC Crime Stoppers at 855-TIP-OCCS (855-847-6227) or at occrimestoppers.org.