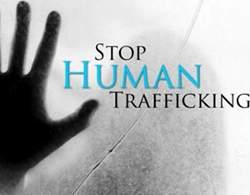 SANTA ANA, Ca. (Feb. 18, 2022): Fifty-six suspects were arrested and 16 victims were recovered, including two juveniles under the age of 16, as part of an extensive multi-jurisdictional human trafficking enforcement operation conducted February 9 through February 12 in Orange County.

“We sent a message loud and clear that human trafficking will be met with swift action in Orange County,” said Don Barnes, Sheriff-Coroner. “Through inter-department collaboration, we deployed substantial investigative resources across the county and were able to make a significant number of arrests. Most importantly two young victims have been brought to safety and resources were offered to other victims.”

The more than four dozen arrests included men ages 20 to 55 from Orange and Los Angeles counties. Charges included human trafficking, pimping and pandering, solicitation for sex, and narcotics. In addition, one unregistered handgun was recovered.

Individuals identified as victims were connected with services through Waymakers, a victim-assistance program that provides immediate crisis intervention to provide emergency shelter, transportation and necessities such as food and clothing to victims of human trafficking. Juvenile victims are connected to services through the Orange County Social Services Agency.

The Operation Red Zone agencies are:

Additional information on agency-specific operations can be obtained by contacting participating agencies’ Public Information Officers. If you are a victim of human trafficking or suspect human trafficking activity in your community, please call the National Human Trafficking Hotline at 888-373-7888. Anonymous tips can be submitted to OC Crime Stoppers at 855-TIP-OCCS (855-847-6227) or at occrimestoppers.org.

The Orange County Intelligence Assessment Center (OCIAC) is located in Orange County, California. The OCIAC fusion center was formed in 2007 to meet the need for information sharing among federal, state and local law enforcement agencies and other public safety disciplines.

As a fusion center, OCIAC serves as a focal point within the local environment for the receipt, analysis, gathering, and sharing of threat-related information between the federal government and state, local, tribal, territorial (SLTT) and private sector partners.