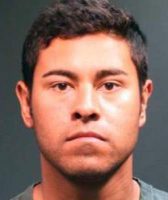 Nunez’s mother called the SAPD on Sunday, April 16, after she had received a text message saying he was dead. She had not heard from him in several days.

Nunez’s mother filed a missing-person report. She told police that her son struggled with drug issues but she had tried to help him. She had also taken care of him when he became homeless.

The mother called the police again after she got more text messages saying that Nunez would be killed if she did not pay a ransom. She was also sent a photo that showed weapons that would allegedly be used to hurt and torture Nunez.

SAPD police investigators had to drop other cases in order to try to rescue Nunez. However on Monday they tracked Nunez to Anaheim where they found him alive and well, in a car, along with another man. When the police questioned them they found out that Nunez was the culprit who had been sending the awful text messages to his own mother! The other passenger in the car turned out to be innocent and was not involved in the scheme.

Nunez will now get free room and board in jail as he was arrested on suspicion of attempted extortion.

This is the third similar fake hostage situation to take place in Santa Ana this month, according to the SAPD. Juveniles were involved in the other two cases. They, like Nunez, tried to extort money from their own families.

The SAPD is not pleased about these cases as they take investigators away from working on solving actual crimes.

Nunez is now being held in lieu of $20,000 bail. Now that he has antagonized his mom he probably will get to stay in jail. He is expected to appear in court on Wednesday, April 19.